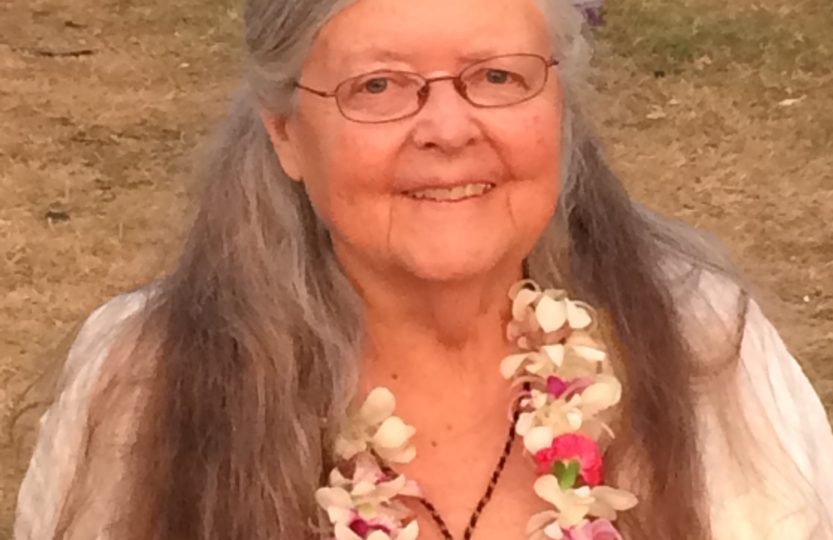 In Memory of Dorothy Emerson 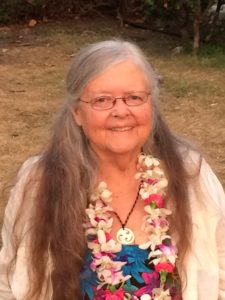 On the Saturday before Mother’s Day, my phone rang. It was Dorothy. I was about to fix dinner, and almost didn’t pick up intending to call back later, but instead I pressed the green button and Dorothy’s familiar voice greeted me on the other end of the line. We chatted about her recent move, finding a time to get together, and our sons. That was the last time we spoke. Two days later Dorothy unexpectedly died. Such an abrupt end to life’s natural rhythm of day-to-day events shocks us into remembering the impermanence of life and the importance of connecting with those we love.

I miss you, Dorothy, my friend and mentor, and the receptive and sometimes critical ear on the other side of all the Women of Wisdom chapters we birthed together. You could be compassionate and open-minded as well as stubborn and opinionated. You had a deep sense of the sacred and could be irreverent. You made Becoming Women of Wisdom possible. Because I said yes and embraced your idea of writing a curriculum for others based on the croning circle in which we had been participants, we, along with Karen Edwards, continued to give birth to ourselves as a woman of wisdom. You encouraged me to take risks in the world and with words—wrestling them into a clearer, deeper, and more inclusive meaning. You inspired me to keep faith with myself and to keep growing. I am grateful to have known you.

You were always on the move—traveling and experiencing new places and returning to your roots in Medford, and Provincetown, Massachusetts, and California. You enjoyed connecting with other people and thrived on leading and being part of groups, workshops, and conferences. You tirelessly worked on getting your ideas into print and wrote books both on your own and with others. But you didn’t shy away from solitude and took time alone to write your memoir, Sea Change, reflecting on the radical actions and visions of your youth in hope of passing the torch onto to succeeding generations to continue the cultural sea change your actions and thoughts embodied.

A staunch feminist, you spearheaded work on UU herstory, encouraged and mentored women to take on leadership roles, and taught men respect and appreciation for the contributions of women. Authentic and fearless, you embraced your identity as a lesbian and built bridges across many divides. For you there was not one sexual, cultural, or religious norm, but variations on a theme of our shared humanity.

Dorothy, I appreciate your wholehearted belief in the reclamation of the word “crone.” As crones our lives are rich with experience. Life events which catapult us into this life stage often begin as losses—menopause, retirement, an empty-nest, the loss of a relationship, or some other personal shift in our sense of who we are—but usher in opportunities for new forms of self-expression or service to others. We crones are called upon to be clever and creative co-creators with fate and circumstances beyond our control. Always there are new women becoming crones—our daughters and granddaughters—as the cycle continues. They will name their own experience and face this stage of life with new possibilities open to them, because of the work we have done, the changes we have wrought.

No matter how our crone years begin, they share a common end. Without death there is no life as we know it. When a grandparent, parent, spouse, lover, sibling, child, friend, or colleague, whose life has been intertwined with our own, is ripped away from us, we are struck dumb. It is difficult to breathe, to orient ourselves in the land of the living.  Life’s energetic field is ripped asunder and the ground of being trembles. We are numb; shock is a blessing.  As our grief takes hold, the boundary between life and death seems permeable and the breezes of time and eternity co-mingle in our hearts.

Slowly the mountain of our grief breaks down into digestible morsels. Slowly over the course of months, a year, many years, we integrate the impact of this searing loss into the story of our lives and note the changes, detours, and new paths we create in its wake. We emerge, not broken, but resilient, repaired into a new whole, made stronger by all we have learned from those we have loved and lost. When we die, life goes on without us, but it is altered irrevocably by our having passed through.

Dorothy’s professional identity as a Unitarian Universalist minister was central to her life. At the Unitarian Universalist Association’s General Assembly in 2014, in Providence, Rhode Island, I sat with Dorothy in the audience of a General Session watching the pictures of UU ministers who had died during the previous year flash upon the screen. Dorothy found this tribute very moving and said when she died, this is how she would be remembered. General Assembly for 2019 is in Spokane, WA at the end of this month. I imagine Dorothy’s face shining back at us from the screen and her spirit smiling.

Dear lovely Death
That taketh all things under wing —
Never to kill —
Only to change
Into some other thing
This suffering flesh,
To make it either more or less,
But not again the same —
Dear lovely Death,
Change is thy other name.